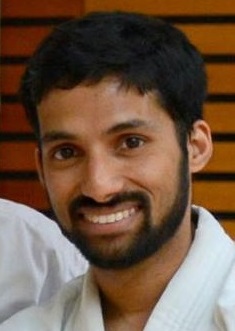 Devaraj started practicing with Shotokan Karate of America in 2008 under William Smith (Sandan, 3rd degree black belt) and Jeffry Rose (Godan, 5th Degree black belt) at Denton, TX. Since moving to tricities in 2011, until 2016, he practiced with Pam Logan, Godan (5th degree black belt) and received his first degree black belt in 2013. Both of his direct Godan seniors: Pam Logan and Jeffrey Rose, are direct students of Tsutomu Ohshima Sensei. Devaraj has been to more than 16 SKA special training’s all across USA and often attend all the regional practices with other senior black belts from Pacific Northwest Region and California. He also attends special black belt practices at Shotokan Ohshima Dojo at Santa Barbara. So he brings his direct experience from practicing with many SKA seniors over the years. Devaraj has been leading regular kids and adult practices since Sept 15th 2016 and organizing other senior visits to Tricities shotokan for leading special practices. 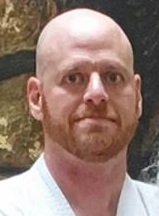 Mark currently lives in Seattle WA but routinely visits Tricities for work. During his tricities visits, he leads practices in the Tricities Shotokan. Over many years of practice with many distinguished SKA seniors like Ron Thom (Godan, 5th Degree Black Belt, Sequim, WA) and routine attendance at Seattle dojos black belt practices, mark brings many new insights during his visits to tricities shotokan. 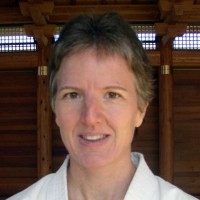 Founding instructor: Pam Logan, Godan (5th degree black belt) Currently at Denver, CO.
Logan brings a unique viewpoint to martial arts instruction having spent 18 years traveling and working in the Kham province of Tibet, a region noted for the ferocity of its native peoples.  Logan is a direct student of Tsutomu Ohshima, training with him at the California Institute of Technology from 1978 to 1982, and later at Shotokan centers in Los Angeles and Santa Barbara.  She received all of her black belt ranks directly from him.  In 2000, she earned her fourth-degree black belt, or yodan and 2016 at 60th anniversary of Shotokan Karate of America she earned the highest rank, Godan also from Ohshima Sensei. The highest black belt rank awarded by Shotokan Karate of America is fifth degree; Logan is the organization’s top female practitioner. 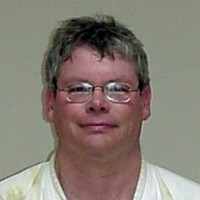 Don is a physician and has practiced with legends in SKA, like Caylor Adkins, Godan. Don leads Saturday morning practices in his house basement dojo. 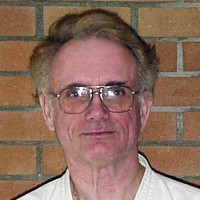